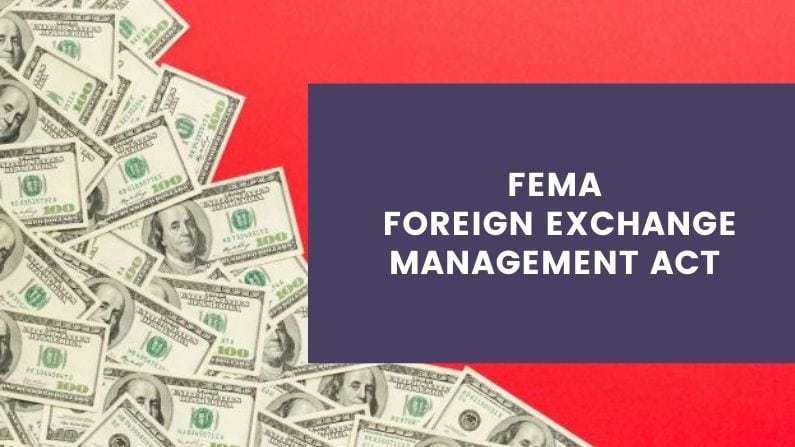 The Central Government of India has formulated the Foreign Exchange Management Act (FEMA) to uplift outward payments and the border trades. In the year 1999, this act, FEMA was introduced, and it replaced the previous one Foreign Exchange Regulation Act (FERA).

There were certain drawbacks and loopholes in FERA which got filled with the FEMA. Moreover, different economic reforms got introduced under this act. Basically, this act came with the purpose of deregulation and to have a wide-ranging economy in India.

1. What are the objectives of the Foreign Exchange Management Act (FEMA)?

The basic objective to introduce the FEMA in India was for providing facilities for external payments and trades. Additionally, this act was meant to assist the maintenance and orderly development of the Forex market of India.

As per to the act, the actual payment balance keeps the record of the business of assets, goods, and services. Moreover, these dealings take place between the citizens of various countries and India. It is also divided into two types-

Current Account transactions are further categorized into three parts according to the FEMA, namely-

4. Rationale behind classification of transactions

The Foreign Exchange Management Act (FEMA) is applicable for the whole of India along with organizations based outside India but owned or maintained by an Indian citizen. Hence, the FEMA is relevant to-

Considering the welfare of the country and economy, there are certain transactions which are prohibited under FEMA.

Hence, such transactions are given in Schedule I of reading with Rule 3 of Foreign Exchange Management (Current Account Transactions) Rules, 2000. Following are the prohibited transactions, that are-

7. Where the Central Government’s prior approval is mandatory to draw foreign exchange?

There are certain transactions for which the Central Government’s prior approval is mandatory to draw foreign exchange. However, these transactions are specified in Schedule III of Foreign Exchange Management (Current Account Transactions) (FEMA) Rules, 2000 along with the corresponding ministry from which approval is required, which is as follows-

Individuals can avail of a foreign exchange facility for the following purposes. But the limit given under the Liberalisation Remittance Scheme (“LRS”) of USD 2,50,000 on a financial year basis has to be maintained.

For this purpose, AD bank may undertake the remittance transaction. That’s too without prior approval of RBI for all residual current account transactions. However, the transactions must not be prohibited or restricted transactions under Schedule I, II or III of Foreign Exchange Management (Current Account Transactions) Act (FEMA), 2000.

Hence, it is for the AD to satisfy themselves about the genuineness of the transaction, as hitherto.

However, any additional remittance in excess of the said limit for the following purposes shall require prior approval of the Reserve Bank of India.

However, now its time for us to bid adieu. Hope the article has helped you to get the right information since our experts have tried to cover all the aspects of FEMA. Moreover, if you have any doubt over this post your queries in the comment section.