With India being one of the fastest growing economies in the world, Indian market has lured in many business owners, investors and companies to set up a business, buy a business and to invest in the stock market. Indian markets have a favourable business climate and flexible laws for any foreign business to set-up their base in India. Government has further increased the rate of Foreign Direct Investments (FDI) for the Non-Resident Indians (NRIs) to 100% to attract more NRI investment in India.

VJM and Associates LLP  helps in planning and strategizing the investment plans for the non residential indians i.e. NRI. The team of skilled and experienced professionals come up with plans to fulfil the clients demand. The services range from business set up, asset acquisition to reviving an old business, Obtaining approvals from various authorities etc..

Know More about Services to NRI

We offer a wide range of financial and legal services to the NRIs looking for investing in India, so that they experience a hassle free investment process. Our aim is to regulate smooth flow of investment transactions and happy experience.

Who is a Non Residential Indian i.e NRI?

Criteria to decide whether a person is resident varies from statute to statute. Every statute has its own definition of residents.

As per Section 6, any person is considered as resident in India if he satisfies any of the following conditions:

However, with an objective to stringent provisions related to residential status, the Finance Act, 2020 has proposed to change the period of 182 days to 120 days. Therefore, concerned individuals must have stayed in India for more than 120 days during the relevant financial year to qualify as a resident.

As per Section 2(30) of Income Tax Act, any person who is not a resident in India is a non-resident.

It is pertinent to check the residential status of a person as it helps in determining the taxability of Income earned by such person in India. Read hear to know more about NRI

As per Article 5 of The Constitution of India, A Person who has his domicile in the territory of India and who satisfies any of the following condition shall be considered as Indian Citizen:

According to FEMA, you are NRI in following cases:-

Non Resident Indians who have / Intend to have Investments in India

We offer the following services to NRIs:-

India has an abundance of human resources and labour at a lucrative rate. Also the government policies makes it one of the best locations to invest in business set-ups; for NRIs, the government has even friendly business set up options.

For setting up business in India, following are the services required which we offer-

For NRIs who already have set-up business in India, we operate as a representative office or handle few of their operations as assigned to us.

We offer assistance in completing the dispositions of the assets which they wish to dispose of after/before returning to India. We help in:-

If an indian plans to Immigrate permanently to another country, we extend our assistance in helping to repatriate the assets in India. We work for:-

If an NRI inherits an asset or property in India, we help in liquidating the asset, disposing the asset or handling the asset efficiently as per the wish of the NRI. We help them to achieve their desires by smoothly handling the finances, income tax procedures and RBI guidelines.

PAN is a prerequisite for every person who wants to file Income tax return in India or who wants to enter into a transaction where quoting PAN is mandatory. Therefore, in such scenarios, it becomes mandatory for a person to apply for a PAN.

Few examples of cases where it is mandatory to quote PAN:

Apart from this list, there are various other transactions, where quoting a PAN is mandatory.

PIO Card is a card issued by the government of India to a Person of Indian origin. PIO card holders get many benefits and relaxations from the government in sectors of education, economy and finance. However, PIO card holders do not enjoy employment benefits in government services and constitutional services.The person has to submit all the relevant documents in person to the high commission on any working day from 9:30am till 12:00pm.

apply FOR services to NRI

How does VJM and Associates help

VJM and Associates LLP have a wide circle of experienced, skilled and highly trained professionals who interact with NRIs on a regular basis and help them to strategize their investment plan in India.NRIs cover a huge share of our client base.

We offer the following services to our valuable NRI clients:-

What people say about us
By taking care of our Internal control policies and procedures, VJM Team have made sure that experience is hassle free.
sachin JainCFO, mahle filter system (i) pvt limited

FAQs on Services to NRIs

NRI PAN is a PAN card issued to NRIs who wish to invest in the capital market, earn taxable income or have a property or land in India. It is mandatory of NRIs to have PAN card who wants to or are liable to file their Income tax returns in India or if such NRI wants to enter into any transaction where reporting of PAN is mandatory.

Q3 . Is my income earned abroad taxable in India?

It depends on your residential status.  If You are a resident of India as per Income Tax Act and earned income globally then entire income is taxable in India whether earned in India or outside India. Whereas, in case of non-resident,then your liability to pay Income tax arises to such income which is earned in India.

Q4 . How does the FEMA and Income tax Act determine the residential status?

Q5 . Are NRIs eligible for any deductions?

Yes, NRIs are eligible for deductions on taxable income as per Chapter VI-A of Income Tax Act.

Blogs on services to NRI

FDI are given in the Consolidated FDI Policy issued by the Department for Promotion of Industry and Internal Trade. In this article, a detailed discussion is carried out related to FDI in e-commerce entities and related terms and conditions. 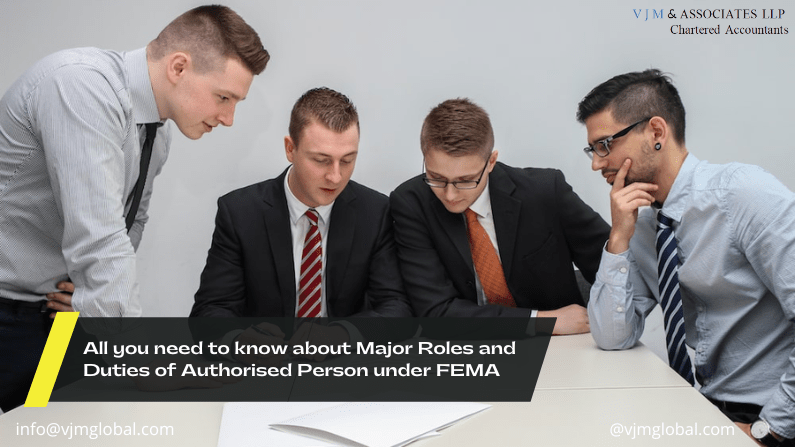 Trade Credit is a very popular term in daily business transactions. Trade Credit is a source of short-term financing wherein the Supplier provides an agreed credit period to the buyer to make payment for the supply of goods or services without any interest. Foreign Exchange Management Act (FEMA) on this transaction since a Non-resident Indian is involved in transactions and remittance money is repatriated outside India. But what about the applicability of Income tax provisions on these transactions. The Government of India undertook a comprehensive exercise of simplifying overseas investment rules in consultation with the Reserve Bank of India. The revised regulations have simplified the existing framework for overseas investment and have aligned the same with the current business and economic dynamics. 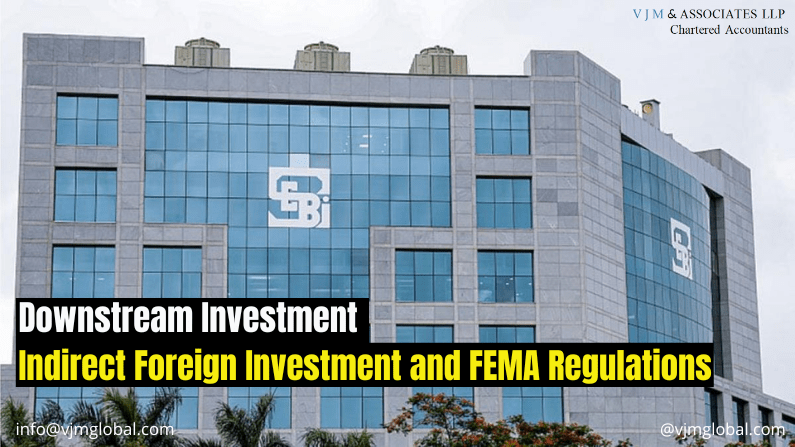