1. Who is eligible for the deduction of EPF?

2. What is the rate of deduction of EPF?

As per EPF Act, every employer is liable to contribute 12% of employees’ salary (i.e., Basic Pay + Dearness Allowance + Retaining Allowances) as employer’s contribution in EPF Account. Same % is also deducted from the salary of the employee. However, if an establishment has less than 20 employees and it opts for EPF Scheme voluntarily then such 12% shall reduce to 10%.

Balance amount is retained in EPF account of employee..

3. Where does my deducted EPF go?

Deducted EPF (i.e., employer and employee’ contribution) is deposited in the pension account and EPF Account of the employee in a pre-defined proportion.

4. How can I check that deducted EPF has been deposited to my PF account?

To get information related to PF Account, an employee is required to file a request in Form 12 with his employers and such form gives the details of the money that has been deducted till date from salary of employee towards EPF and the total amount deposited along with date of deposit in those EPF accounts.

However, with advancement of technology, all records of EPF Accounts have been shifted online. Therefore, an employee can check his EPF passbook after creating login credentials at EPF portal using his UAN.

5. What is the rate of interest on the amount deposited in the EPF Account?

6. Whether I get any income tax benefit for EPF Deducted?

7. How can I check my PF amount online?

To check the account balance of EPF on the EPFO portal,  you need to have an active UAN ( universal account number).  Further,  to check the balance, an employee is required to create online credentials on EPF portal. Post creation of login credentials, please, visit https://passbook.epfindia.gov.in/MemberPassbook/Lo, and then enter your UAN and password. After you enter the credentials,  the website allows you to download and view your EPF account statement.

The first step is to visit the EPFO website and then click on the login page. The page will then ask you to enter your username and password if you have already registered with the portal. If not, you will have to register by entering the details requested.

In order to create the pf account, the employee needs to have a UAN number first.  UAN of the employee is generated and shared by Employer himself. To generate a UAN number, the employer must log in to the EPF Employer portal using the company id and password. And then,  clicking on the tab that says “Register Individual” in the “Member” section. System  will ask you to enter the details of the employee, such as PAN, bank details, Details of nominee etc. Once the approval is given to all by the employer, new UAN numbers are generated for all the employees.  This unique UAN number can be found out easily by following a few steps.  These are:

1. Visit the EPF member portal.
2. Select the ID of employee, PAN number, and aadhar card number.
3. Enter the personal details of the employee
4. Click on” Get authorization pin” option
5. A pin will be sent in the registers mobile number
6. Once you enter the pin, the UAN number will be sent to the same registered mobile number.

To know the pf number by name,  you need to go EPFO’s unified member portal for the services related to UAN.  Select the option that says “know your UAN status.” Clicking on this tab will redirect you to another page. Portal will ask you to first validate your mobile number through One Time Password and upon correct validation of mobile Number portal will redirect you to another page where you need to enter other details such,  Name, date of birth and either of Aadhar Number or PAN or Member ID.

Upon entering all details correctly, click on “Get Authorization Pin” and you will receive OTP on your mobile number. After entering the OTP, the system will show the UAN number of the concerned person.

11. What happens to my balance in the EPF account in case of a change of Job or termination/resignation from the Job?

1. login at EPF portal with UAN and password
2. Go to “Online Services” drop-down list
3. Select “One Member-One EPF Account Transfer Request”
4. Re-enter UAN number and system will display accounts details
5. Select the employer from who you want to transfer EPF balance.
6. System will validate your request through OTP.
7. Upon entering valid OTP, request will be sent to corresponding employer for transfer of EPF Balance.

In case of offline mode, employee will be required to fill Form 13 and will submit the same to the corresponding employer.

12. Resignation or termination of employment

An employee is entitled to withdraw funds from EPF and EPS (Employee Pension Scheme) Account after attaining age of 58 years. However, in case of termination of employment due to resignation or any other reason before attaining the age of 58 years, an employee can withdraw funds if he is unemployed for a continuous period of 60 days or more.
In case of Resignation or termination of employment, assessee is available with the option to withdraw funds lying in EPF Accounts (one or more than one EPF accounts). In case of multiple EPF Account, it is suggested to merge balance in current EPF Account first before initiating withdrawal process.

An employee is required to following steps for withdraw of funds:

1. Login at EPF Portal with UAN and password.
2. Click on “Manage” Tab to verify that all KYC details such as name, 3. Bank account details, Aadhar number, PAN etc is correctly entered.
4. Upon ensuring that correct details have been entered, click on “Onliner Services” drop list and select the option “Claim (Form-31, 19 & 10C).
5. System will display the claim form where all KYC details will auto-populate. Employees are required to enter the last 4 digits of the Bank account number to validate details.
6. Upon entering the correct last 4 digits of Bank account number, a “Certificate of Undertaking” will display where employees need to click on “yes”.
7. Then click on “Proceed for Online claim”.
8. System will show various options of withdrawal under “I want to apply for” such as PF withdrawal, Pension withdrawal, PF Advance etc.

On selection of application option and submission of all required documents, system will forward the withdrawal request to the employer and upon approval balance will get credited into bank account of the employee.

13. Can we withdraw the entire PF amount?

In case of termination or retirement, an employee may withdraw 75% of balance lying in EPF and EPS Account if such individual remains unemployed for a continuous period of one month. However, on completion of 60 continuous days of unemployment, the balance 25% can also be withdrawn.
Application for partial withdrawal of EPF is filed in form 31 through the same procedure mention above.

Apart from above mentioned situations, an employee is also allowed to withdraw partial or complete funds from EPF Account under special circumstances such as Education, Marrige, Purchase/construction of Land or property, Home renovation etc. However, amounts in these cases can be withdrawn subject to fulfillment of associated terms and conditions.

14. Can I withdraw my EPF amount online?

Yes, the EPF amount can be withdrawn online through the member portal of UAN. All one needs to do is activate his UAN and then Login to the “Online withdrawal” portal. The amount to be withdrawn can be entered, and status can be checked on the same portal. Entire procedure of online withdrawal is given above.

Employee State insurance, which is abbreviated as ESI, is a health insurance and social security scheme for India’s workers. This insurance is obtained with an objective of providing a huge variety of benefits to employees such as medical, monetary etc. The management of funds is done by Employees state insurance corporation.

2. Who is eligible for ESI?

As per ESIC Act, all non-seasonal factories employing 10 or more employees where monthly wages  of employees doesn’t exceed INR 21000 per month (INR 25000 per month in case of employee with disability) are required to get themselves registered under ESIC Act.

3. What is the contribution to be made to ESI Account?

4. What is the benefit of ESI?

ESIC Scheme ensures Various benefits to registered employees and their dependents. List of benefits is as follows:

1. Medical benefits: Reasonable medical care, comprehensive medical care & clinical investigation for insured people and his family members.
2. Medical Care: Medical facility within ESI Medical institutions to insured person and his spouse
3. Sickness Benefits and enhanced sickness and extended sickness benefits.
4. Disability benefits: Payment is made to the employee as long as disability continues.
5. Dependent Benefits: Amount is paid to the dependents of the Insured person who dies as a result of employment injury.
6. Maternity benefits: Paid maternity leaves are given for 26 weeks. 6 Weeks are given in case of miscarriage.
7. Funeral benefits: One time payment made for the funeral of an insured person of Rs 15,000.
8. Unemployment Allowance under Rajiv Gandhi Sharmik Kalyan Yojna’(RGSKY)
9. Unemployment Allowance under Rajiv Gandhi Sharmik Kalyan Yojna’(RGSKY)

ESI or penchant application form needs to be downloaded from the ESIC portal by the employer, and the details of the employee need to be filled.  The employee then needs to submit a copy of this form with the family photograph and the dependants’ photographs duly attested.  The ESIC office, after all the relevant checks, issues an ESI card to the employee.
ESIC Card can also be downloaded online from www.esic.in portal. Post login at ESIC portal by employer, option can be seen to download EISC Card of employees.

ESI is a premium paid for medical benefits. If no benefit is obtained from it, there is no option available to withdraw amount from ESI Account. 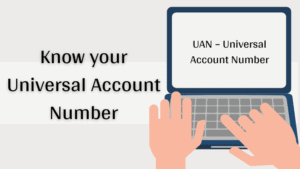 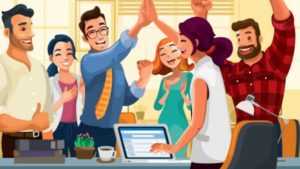 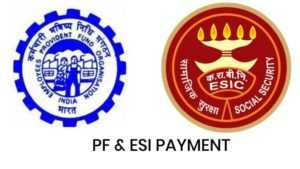 There is a legal framework for all organizations to function accordingly when it comes to the welfare of their employees. The treatment is termed as 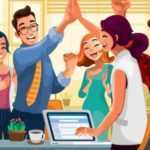