Provident Fund has been one of the foremost drivers of pooling retail savings in India. Every Indian salaried employee is aware of ‘Provident Fund contributions which are deducted from the monthly earnings.

There has been a long standing dispute on the salary components which are subject to contribution.  The Supreme Court, vide judgement dated 28 February 2019 in the case of Surya Roshni Ltd. v. Employees’ Provident Fund and Anr [2011 (2) MPLJ 601] held that allowances forming part of salary are subject to PF contribution.

With this judgement, it is now a settled position of law that allowances paid as part of salary are subjected to PF contribution.

Social Security is one of the means to ensure welfare of people after retirement from active work.  Governments across the globe mandate, administer and implement social security schemes in order to inculcate the habit of saving for future.  This is facilitated through a statutory deduction at the time of receiving monthly earnings (salary) and is topped up with a part contribution from the Employer/ Government.

PF law is applicable to all ‘establishments’ employing at least 20 employees.  PF law requires contribution at 12% of the aggregate of basic wages, dearness allowance and retaining allowance.

“all emoluments which are earned by an employee while on duty or (on leave or on holidays with wages in either case) in accordance with the terms of the contract of employment and which are paid, or payable in cash to but does not include:

(i) the cash value of any food concession;

(ii) any dearness allowance (that is to say, all cash payments by whatever name called paid to an employee on account of a rise in the cost of living), house-rent allowance, overtime allowance, bonus, commission, or any other similar allowance payable to the employee in respect of his employment or of work done in such employment and

(iii) any presents made by the employer.”

In summary, all cash earnings/ allowances except those specifically excluded under PF law are covered under the term ‘Basic wages’ and are hence liable for contribution under the PF law.

As per the PF law, the base amount considered for contribution to PF could be restricted to INR 15,000 at the option of the Employee, if the ‘Basic wages’ were exceeding INR 15,000.  This was a beneficial option given to Employees in the higher salary brackets.

Tax planning and salary structuring has been prevalent in the Indian context and Employers were insisted to structure salary in such a way that the total take home salary (after considering all statutory deductions) was higher for the Employees, leading to higher disposable income in the hands of employees.

Accordingly, Employers followed the practice of splitting the total salary into various components like basic salary, allowances, perquisites and reimbursements.  While the salary structure was designed to align with the Income tax law, it was not aligned to the PF law.  There was a debate on whether the other components of salary (allowances, perquisites and reimbursements) were subject to PF contribution. This aspect was subject to severe litigation across several States.

Judgement of the Supreme Court

The Supreme Court held as under: Being the last budget of the present government, The budget 2019 had been much talked about. All the sections of Read more 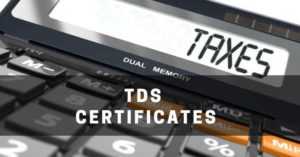 According to the Income Tax Act provisions, Tax deducted at Sources (TDS) deduction is mandatory while making payments. The taxpayer Read more 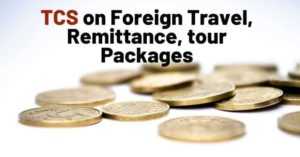