1. What is Transfer Pricing?

2. What are the different types of Transfer Pricing Adjustments?

When it comes to transfer pricing, there are namely two types of adjustments used:

In layman’s language, primary adjustment is defined to mean the determination of the transfer price in accordance with the arm’s length principle resulting in an increase in the total income or reduction in the loss, as the case may be, of the taxpayer.

Transfer pricing provisions seek to ensure that there is fair and equitable allocation of taxable profits amongst the tax jurisdictions, so in cases where the underlying transaction is held not to be at arm’s length, primary adjustments are made in order to align the said transfer price with the arm’s length price (ALP) attained. Here, this is known as Primary Adjustment.

To understand the practical implementation of these adjustments, primary adjustment to the transfer price occurs in one of the following circumstances:

Basically, the provisions relating to secondary adjustments are primarily introduced in order to ensure that the profit allocations between the AEs are consistent with the primary Transfer Pricing adjustments.

These secondary adjustments can be further understood by taking the following provisions into consideration:

(i) has been made suo motu by the assessee in his return of income;

(ii) made by the Assessing Officer has been accepted by the assessee;

(iii) is determined by an advance pricing agreement entered into by the assessee under section 92CC;

(iv) is made as per the safe harbour rules framed under section 92CB; or

(v) is arising as a result of resolution of an assessment by way of the mutual agreement procedure under an agreement entered into under section 90 or section 90A for avoidance of double taxation.

Provided that nothing contained in this section shall apply, if,—

(i) the amount of primary adjustment made in any previous year does not exceed one crore rupees; and

(ii) the primary adjustment is made in respect of an assessment year commencing on or before the 1st day of April, 2016.

Rule 10CB lays down the provisions for computation of interest income pursuant to secondary adjustments. It is discussed briefly, along with the recent amendments, further in this article.

Limitations on interest deduction in certain cases are mentioned under this provision.

Section 94B(1) states that wherever any expenditure is incurred, by way of interest or of similar nature exceeding one crore rupees which is deductible in computing income chargeable under the head “Profits and gains of business or profession” in respect of any debt issued by a non-resident, to an Indian company, or a permanent establishment of a foreign company in India, being the borrower, being an associated enterprise of such borrower, the interest shall not be deductible in computation of income under the said head to the extent that it arises from excess interest, as specified in sub-section (2):

5 Amendments to the Secondary Adjustment Provisions

On 30th of September, 2019 the Central Board of Direct Taxes (CBDT) in India passed a notification (REGD. NO. D. L.-33004/99) in order to amend the provisions relating to cash repatriation and calculation of notional interest under the secondary adjustment provisions that are contained in Rule 10CB of the Indian Income-tax Rules, 1962, and these changes were deemed effective from the date of release as well. This notification amends Rule 10CB in the following ways:

5.1 Cash repatriation on conclusion of APA

Prior to the notification, the provisions for cash repatriation following the conclusion of an APA were not clear and had some loopholes that were left for interpretation. Under the previous provisions, the 90-day period was calculated from the due date of filing the modified return, which allowed the taxpayer at least 180 days to repatriate the cash. With the new amendments the scenario is much more clearer:

Previously, the 90-day period for cash repatriation was calculated from the due date for filing the return, which could be ambiguous and subjected to multiple interpretations. Now, in cases where a transfer pricing adjustment is determined based on a resolution under a MAP, it is essential that the cash repatriation must be made within 90 days from the date the assessing officer issues the demand notice giving effect to the MAP resolution.

5.3 Clarification on the start date for calculating the crucial 90-days period

For years, the date from which notional interest arising from a secondary adjustment should be calculated has been interpreted by taxpayers in various ways. With this notification, it has been clarified by the CBDT that notional interest is to be calculated from the due date of cash repatriation where the taxpayer does not repatriate the full amount of cash within the required 90-day period, and not from the 91st day after that date. 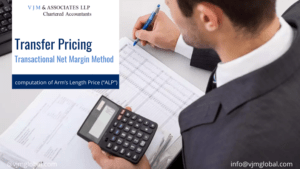 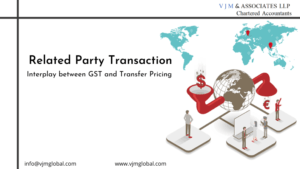