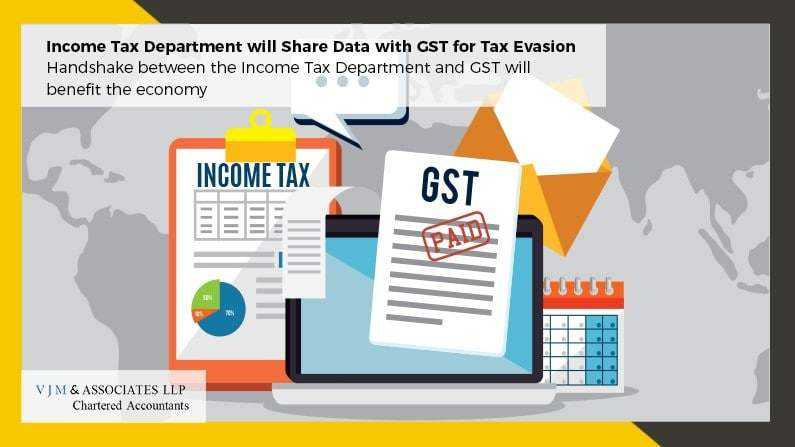 1. Handshake Between The Income Tax Department And GST Will Benefit The Economy (ITD will share Data With GST For Tax Evasion)

In a range of newly introduced measures to check that, the Income Tax Department will be sharing Data With GST For Tax Evasion. Adhering to this smart move by the Income Tax Department, the more significant belief is that that the income anomalies would come to a standstill to a more considerable extent, if not comprehensively. This move applies to assesses who have business income and file the returns specified for those with this income, i.e. ITR 3 to ITR -7.

In the past, there was a lack of electronic monitoring of indirect taxes and gave enough room for businesses to evade taxes. Earlier, taxes were filed at various levels of the state. This led to multiple discrepancies. Also, tax returns were filed at various levels. This made it hard to monitor and enforce regulations. The data was too spread out and too complicated. Now, with the introduction of GST and handshake between ITD and GST officers the Income-tax office will share Data With GST For Tax Evasion

To make the process non-biased and spontaneous upon request, the department has made the Data With GST For Tax Evasion sharing on-demand based and automatic. However, all the applications for the furnishing of such details will be scrutinized by the IT Department. Such a stand is justified in the event of suspicion and sharing of Data With GST For Tax Evasion will be done promptly.