Mismatch between GSTR 1 and GSTR 3B? Rectify as early as possible 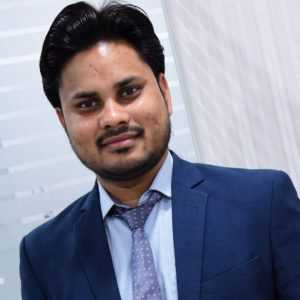 With effect from January 01, 2022 mismatches between GSTR 1 and GSTR 3B can have an impact on your working capital. GST officers can initiate various measures such as withholding your GST refunds, reaching out to your debtors to pay them instead of paying you, etc. to try and recover the tax liability to the extent of mismatch or short payment of tax as per your returns.

In this article, we have discussed the relevant provisions which authorize the GST officers to initiate such recovery measures. We have also discussed the instructions issued by the Government in this regard and how they will impact the taxpayers.

An explanation was inserted in section 75(12) of the CGST Act vide Finance Act 2021.

Further, section 79 of the CGST Act authorizes the GST officers to initiate the recovery proceedings by any of the following ways –

Prior to this amendment, for mismatches between GSTR 1 and GSTR 3B, show cause notices were issued by the concerned officers, and the taxpayer was provided with an opportunity to submit his explanations. On perusal of the amended provision, it was clear that where any tax liability arises on account of a mismatch in the outward supplies as reported in GSTR 1 vis-à-vis as reported in GSTR 3B, or any amount of interest remains unpaid, the officers can directly initiate recovery proceedings against the taxpayers under section 79 without providing any opportunity to the taxpayer to explain the difference.

However, as a relief to the taxpayers, Instruction no. 01/2022-GST is issued by the Central Board of Indirect Taxes and Customs (‘CBIC’) on January 07, 2022. In this circular CBIC acknowledged that there may be some cases where a mismatch between GSTR 1 and GSTR 3B would be due to genuine reasons such as –

With regard to such errors, CBIC realizes that directly initiating recovery proceedings under section 79 will cause unnecessary hardship to the genuine taxpayers. Accordingly, CBIC has mentioned in the instructions that an opportunity needs to be provided to the taxpayers for explaining the differences between GSTR 1 and GSTR 3B or for short or non-payment of tax liability or interest before initiating any recovery proceedings.

Communication needs to be sent by the officer to the taxpayer in case any mismatch is identified in accordance with the provision of section 75(12) vide which the taxpayer should either be directed to pay the differential tax amount or interest as applicable or explain the reason for such short payment within a reasonable time.

If the taxpayer is able to justify the reason for such short payment to the officer or pays the requisite amount then there is no requirement to initiate recovery proceedings as per provisions of section 79.

In our view, the explanation to section 75(12) was inserted with an intention to ensure payment discipline by the taxpayer and also to facilitate recipients of a supply to avail of input tax credit in a timely manner. This will also act as a deterrent for the suppliers who generate fake bills and report them in GSTR 1, which is also reflected in GSTR 2A/ GSTR 2B of the recipient but suppresses the turnover in GSTR 3B and in turn make short payment of tax.

Explanation to section 75(12) though provided exorbitant powers to the officers, the aforementioned instruction issued by CBIC is a major relief for the taxpayers. This ensures the taxpayer is at least provided with an opportunity to explain the difference.

It further needs to be noted that while proviso to section 37(3) and section 39(9) provide taxpayers an option to amend returns of the previous financial year till September following the end of the financial year. Accordingly, taxpayers should at least be granted time till September to make corrections, if any, before issuing any communication for a mismatch between returns. Issuing notice before September of next financial year will unnecessarily restrict the time period for amendment which is otherwise provided in the Act and cause unnecessary hardship to the taxpayers. Performance is the essence of a contract. Liquidated damages cannot be said to be a consideration received for tolerating the breach or non-performance of the contract. Section 38 of the CGST Act contains provisions related to furnishing details of inward supplies wherein an earlier proposed model of GST was provided, i.e., the recipient can take action of add/delete/modify on invoices entered by the supplier in his outward supply return. 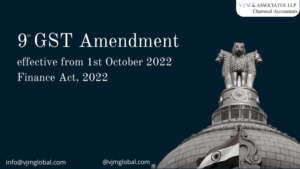 Finance Act, 2022 introduced various amendments under GST Law. However, most of the amendments were not implemented till date. Now, with effect from 1st October 2022, the following amendments are made applicable.