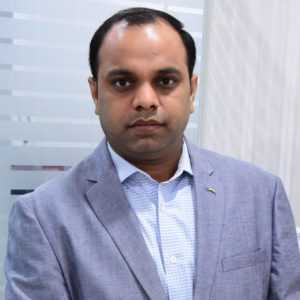 In the matter of ANURAG SURI VERSUS THE DIRECTOR GENERAL OF GOODS AND SERVICES TAX INTELLIGENCE AND OTHERS (W. P. ( C ) No. 158 of 2020), the DGGSTI (“Central GST Authority”) initiated the search at the premises of the petitioner and documents were seized and summon was issued under CGST Act. During the proceeding under CGST Act, State GST Authority also issued the SCN and order for payment of incorrect availment of ITC under Odisha GST Act.

The petitioner challenged the validity of SCN issued by State GST Authority under D.O. dated 5th October, 2018 as the investigation was still pending before DGGSTI. The respondent contended that State GST Authority were not aware about the pendency of matter under CGST Act.

2. Legal Extracts from the case

Relevant extract of D.O. letter dated 5th October, 2018 written by the Central Board of Excise and Customs (CGST) to all the GST authorities is reiterated below:

“3. It is accordingly clarified that the officers of both Central tax and State tax are authorized to initiate intelligence based enforcement action on the entire taxpayer’s base irrespective of the administrative assignment of the taxpayer to any authority. The authority which initiates such action is empowered to complete the entire process of investigation, issuance of SCN, adjudication, recovery, filing of appeal etc. arising out of such action.

5. Similar position would remain in case of intelligence based enforcement action initiated by officers of State tax authorities against a taxpayer administratively assigned to the Central tax authority.”

Based on D.O. letter, The petitioner questioned the validity of SCN and order issued by the state GST authority as Investigation was initiated by Central Tax authority under CGST Act and the same were still pending.

4. Contention of the respondent Central Goods and Service Tax Act, 2017 provides power to attach property of the defaulting taxpayer to protect the interest of the revenue. However, in many cases such power is exercised by the government official in undue cases or property is kept attached for a long time causing undue hardship to the taxpayers.