Issuing securities to existing shareholders is one approach for a public corporation to raise more money. This is referred to as a “Rights Issue“. A public limited company may issue rights under Section 62(1) of the Companies Act. A rights issue is distinguished by the fact that it is limited to the company’s current shareholders. It could be a public firm that is listed or unlisted. If the Offer allows it, the shareholders can relinquish their rights in favor of other shareholders.

1. Why is the Rights Issue of Shares Mandatory?

2. Right issue of shares to Non-Residents

*Investment on a non-repatriation basis means an investment, the sale/ maturity proceeds of which are, net of taxes, not eligible to be repatriated out of India.

3. What shall be the price of shares offered under Right Issue?

As discussed above, as per Para 6.11 of Master Direction – Foreign Investment in India issued vide RBI/FED/2017-18/60 FED Master Direction No. 11/2017-18 dated 4th January 2018, the companies are free to decide the price of right issue subject to following conditions:

4. Rights Issue of shares to Non-Residents in case of renouncement

No, renunciation of rights shares shall be done in accordance with the instructions contained in Para 6.11 of Master Direction – Foreign Investment in India dated January 4, 2018, read with Regulation 6 of FEMA 20(R).

All About Single Master Form (SMF) – Reporting of FDI 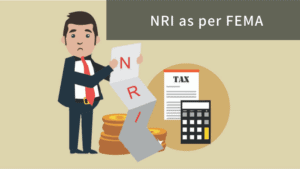 Provisions related closure of Project Office/Liaison Office/Branch Office are regulated by Foreign Exchange management Act read with FEM (Establishment in India of Branch or Office or Liaison office or a project office or any other place of business) Regulations, 2016 and Master Directions No. 10/2015-16 dated 1st Jan, 2016.