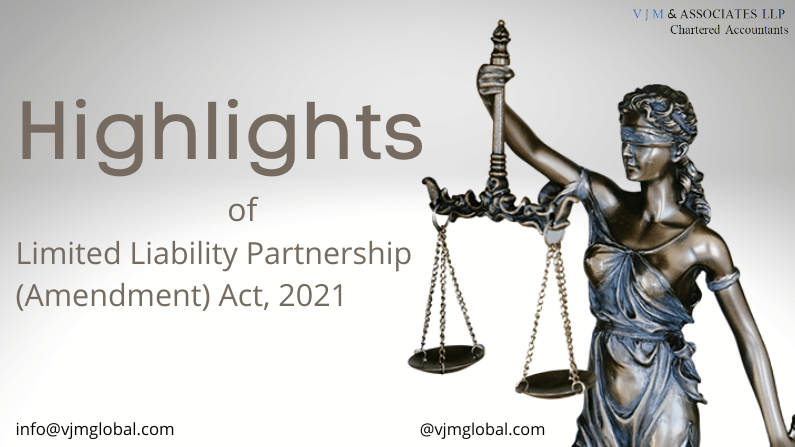 The aim behind this Amendment Act was to facilitate law-abiding corporates with decriminalization of various offenses turning them to civil ones, introducing new concepts like small LLPs and start-up LLPs and an additional hierarchy of Special Court for the speedy resolution of disputes.

If you are also running a business through an LLP vehicle, this piece of write-up is right for you to make yourself aware about amendments made.

4. Accounting or auditing standards for an LLP

as recommended by ICAI. These accounting or auditing standards shall apply to specified class or classes of LLPs.

6. Establishment of Special Courts for speedy trial of offenses

For the purposes of speedy trial of offenses regarding LLP, the Central Government has provided for the establishment of Special Courts for different specified areas.

The Special Court shall consist of—

Procedure and Powers of Special Court are given under Section 67B. Some of the powers of a special court are:

7.1 Penalties for contravention of provisions of Designated Partners (Section 7 of LLP Act)

11. Increasing term of imprisonment in case of fraud

The Central Government is decriminalizing certain offenses for non-serious matters. However, the control over serious cases like fraud has not been left and the Government is still harsh on such crimes. Therefore, where it is found that an LLP or its partners are carrying out an activity to defraud their creditors, or for any other fraudulent purpose, every person party to it knowingly is now punishable with imprisonment of up to 5 years as against 2 years earlier prescribed along with a minimum fine of INR 50,000 and which may exceed up to five lakh rupees.