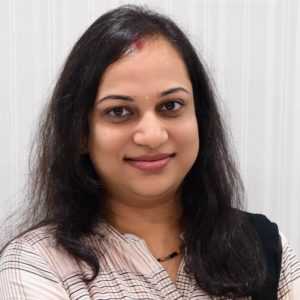 Who is Promoter in the Company

A promoter may be an individual, firm, or association of persons or a company.  However, the term “promoter” does not include persons who perform professional duties in respect of the company, for example, solicitors and accountants appointed for the assistance.

Definition of Promoters is defined under section 2(69) of  Companies Act, 2013, a promoter refers to a person-

It is important to identify the promoters because the Companies Act provides for several duties, powers and liabilities on the promoters.

1. Role of Promoters during the promotion of company

The first step is formulate an idea of the company and take steps to execute it. One must inquire about the opportunities that are available in the business field they are moving towards.

The promoters create a proper well-planned structure of the company management and other related functions that the company would require at the start. An expert is usually hired to assess the costs that would be required.

The promoters are responsible for moving forward the application for registration of the company with  the Registrar of Companies.

The promoters then start appointing all the professionals that would carry out various necessary tasks and contracts for the company.

The promoter has to keep the record of all documents related to the incorporation of the company and make sure there is no misstatement or misrepresentation in them.

2.1 Duty to disclose all the material facts and interest in transactions

2.2 Duty not to make any secret profits

He may sell his own land, intellectual property, professional services at reasonable rate to the companies and in that he can make disclosed profits but he is not allowed to make secret profits

Disclosure should be made to

–       Independent Board of Directors or

–       To existing and intended shareholders

3. Penalties on the Promoters under the Companies  Act 2013

3.1 Furnishing false information for the incorporation of the company

As per section 7 of Companies act 2013, the promoters, the persons making declarations and the persons named as first directors of the company will be liable where, at any time after the incorporation of the company, it is proved that:

The punishment for the above stated offences is of imprisonment for six months, which can be extended to ten years. Where the fraud involves the question of “public interest”, the minimum imprisonment is 3 years. There is also fine, which is not less than the amount involved in the fraud but which may extend to three times the amount involved in the fraud.(Section 447 of Companies Act 2013)

3.2 Omission in the prospectus

The prospectus of the company should be according to the manner given in the section 26 of the Companies Act. The section sets out in detail all the matters that are to be stated in the prospectus like name and registered office of the company, its secretaries, auditors, legal advisors, bankers, trustees, statement given by Board of Directors about a separate bank account, details of capital structure of the company etc.

In case of any omission of a matter from the prospectus, the promoters and any person who was party to the issue of such prospectus, shall be liable  For action under section 447 of Companies Act 2013.

3.3 Liability for misstatement in prospectus

According to Section 35 of the Companies Act 2013, if there is any information in the prospectus which is untrue or misleading, the promoters i.e. persons who authorised the issue of such prospectus can be held criminally liable.

Further, if any person who subscribed to securities on the basis of those misleading statements or because of omission of information and incurred any loss or damage, the promoters shall be liable to compensate all such persons who incurred the loss.

Promoters are personally liable if the company does not adopt the contracts he entered into on behalf of a company before it was actually incorporated. Pre-incorporation contracts in India are not legally binding upon the company. Two contracting parties are necessary to a contract, whereas the company, before incorporation is a non-entity.

3.6 Liability at the time of Winding up the Company

In the course of winding up of the company, on an application made by the official liquidator, the court may make a promoter liable for misfeasance or breach of trust.

Further where fraud has been alleged by the liquidator against a promoter, the court may order for his public examination.

Thus, it is clear from the above that the Promoters play an indispensable role in the formation of the company. They are also liable for the acts of the company to a large extent which is why any person who is already a promoter or is planning to start a company and play the role of a promoter must keep in mind these duties and liabilities that they would need to take up.