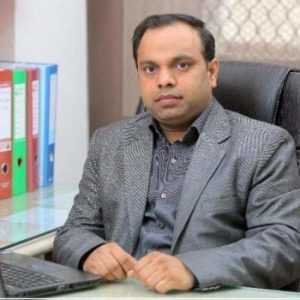 The 2nd National GST Conference of the State Tax Commissioners and the Chief Commissioners of Central Tax held on 7th January 2020 in Delhi. Under the chairmanship of Dr. Ajay Bhushan Pandey, Revenue Secretary, Ministry of Finance, the main motto of this conference was to discuss and streamline the Goods and Service Tax system. The key focus of the conference was to find out and plug revenue leakages.

1. A Brief of The National GST Conference

This was only the 2nd edition of all India Conference. Both central and states’ tax administrations were present to build the synergy by sharing their inputs with each other. The officials took some important measures to bring the uniformity of the whole tax administrations. Thus, we can say, the conference has been a great success. Agencies like GSTC, CBIC, CBDT, DoR, FIU, DGGI alongside the State Tax Administrations have participated. They talked about the use of machinery and mechanism to disseminate inter-departmental data.

2. Insights To The Presentations Made in The Whole Program

Officials made several presentations. Commissioner, CBIC presented the most influential one. He represented a clear overview of fraudulent ITC. Alongside, DG and DRI also presented a few cases one of which consists of a Pan-India operation. They also discussed several methodologies to restrict the misuse of refund of ITC or IGST.DG and ARM have talked about the early identification of fraudulent practices. They have spoken on how the use of machine learning, data analytics, and artificial intelligence can play an instrumental role.The CBDT and FIU India made a clear approach through their presentation. They talked about disseminating STR and the exchange of data for braking evasion. Whereas, the GST Policy Wing, CBIC talked about enhancing revenue through crossing over the compliance gap. As per their opinion, by cutting down the compliance gap it is possible to recover unmatched credit, manage non-fillers, and review refunds.

The Central Tax Zonal office of Mumbai and Vadodara have also participated in the conference. They showed how they proceed through compliance management and revenue enhancement in their tax administrations. Alongside Gujrat and Andhra Pradesh tax officials also represented their practices.

The all-day-long conference ended with some essential precautionary measures taken by the officials. Here have a look at them,

3.1 Constitution of a Committee

The officials decided to constitute a committee of centre and state officers to examine and implement quick measures to restrict fraudulent refund claims. The implementation of the committee is supposed to be done by the end of January.

It was being decided that all the major cases involving fake Input Tax Credit, fraudulent refund cases will be compulsorily investigated.

Considering the huge number of illegal IGST refund claims officials have decided that joining the foreign exchange remittances with IGST refunds is the need of the hour.

3.4 The signing of Mou between CBDT, CBIC, and GSTN

In consultation with the RBI and NPCI the exploration of access to banking transactions and bank account details through the GST system will be made available. Apart from that, a few suggestions were also given to make GST System aligned with FIU.

Officials also suggested to share data of cases involving evasion and fraudulent refund detected by CBDT and CBIC. This way, the proper profiling of these fraudsters will be much easier.

It was also recommended to come up with a single bank account for foreign remittance receipt and refund disbursement.

It’s quite evident that the approach by the Government officials to streamline the Goods and Services Tax system is commendable. Introduction of DevOps in the form of compliance software, an AI-based tracking system is something we can look into to elevate the whole process of taxation. Moreover, the measures taken through the conference have enough potential to make the process of taxation in our country much more transparent. Eventually, it can squeeze the space for Tax fraudulent.

Digitalization has become a key agenda in the GST department; And the government is taking every step to increase the Read more 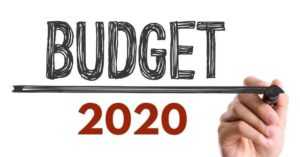 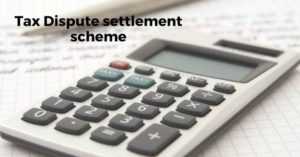