Prior to the Finance Act, 2020, companies and mutual funds were liable to pay “Dividend Distribution Tax” on dividends declared or distributed. Therefore, Dividend income was exempted in the hands of shareholders. However, Finance Act, 2020 deleted the concept of Dividend Distribution tax and Tax on dividends income will be in the hands of shareholders for all the dividends paid or distributed by a Company on or after 1st April 2020.

As per section 194 of Income Tax Act, 1961, the Principal officer of an Indian Company or a Company declaring and making payment of the dividend within India is required to deduct TDS if the following conditions are satisfied :

This section also applies to the dividend paid on preference shares.

2. When to Deduct TDS on dividend i.e. Tax on Dividends

The Company is liable to deduct TDS on earlier of any of the following dates:

3. What are the Rate of TDS on Dividend Income

4. Cases where companies are not liable to deduct TDS on dividend distributed

In following cases of payment of dividend, the companies is not liable to deduct TDS:

For claiming the exemption from TDS on Dividend, it is important to submit proper required documents along with a self-declaration to the company.

Section 195 of The Income Tax Act states that TDS on dividend paid to non-resident shareholders is to be deducted on “Rates in Force”. This is defined in Section 2(37A) which is as under :

Thus the rate as prescribed in Finance Bill 2020 for TDS is 20% while a surcharge at the rate of 15% is also added.

So The TDS rates on dividends distributed to Non-Resident shareholders are as follows.

In case of the dividend paid to Foreign Institutional Investors and Foreign Portfolio Investors TDS rate would be 20% (plus applicable surcharge and cess). DTAA provisions are not applicable here.

5.3 Rate of TDS on Dividend paid to persons located in notified jurisdictional area under section 94A(1) of Income Tax Act, 1961

The TDS rate would be 30% or at the Rates in Force for a shareholder who is a tax resident of a country or territory as notified u/s 94A(1)of the Income Tax Act 1961.

For residents as well as Nonresident Shareholders who provide a certificate U/s 197 of Income Tax Act 1961 for lower/ NIL rate of TDS, such rate of TDS can be considered on the submission of proper documents.

7. Treatment of Multiple Accounts under a different category in DDT

There is a possibility that a shareholder holds multiple accounts under different status/categories using single PAN. E.g. A person having 5 DEMAT Accounts under the same PAN and dividend paid in 2 accounts are less than INR 5,000 each. However, the declared dividend exceeds INR 5,000 in other 3  accounts.

In such case, the highest rate of TDS applicable on any category/status shall apply to the entire holding. E.g., in given example, TDS @ 7.5% will be deducted on dividend declared in all 5 accounts despite dividend is received within exemption limit in 2 accounts.

Thus, the abolition of the Dividend Distribution Tax has turned the total scenario of taxation on dividends. Also, the compliance part for the Companies has increased considerably.

Online communication on GST portal | Facility between Supplier and Recipient 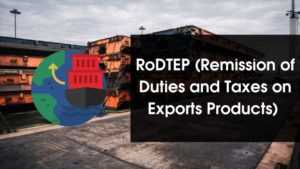 1. Who is required to  Generate E-invoice? Wide Notification No. 13/2020–Central Tax dated 21st March, 2020, amended from time to time, every registered person who 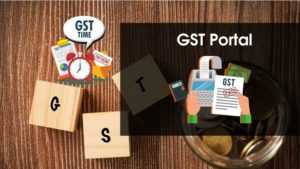 Online communication on GST portal | Facility between Supplier and Recipient

To ease this communication, the GST system has added a new Facility of “Communication Between Taxpayers” on the GST portal. This facility will enable a taxpayer (whether supplier or recipient) to send a message to another registered person (whether supplier or recipient) through the GST portal itself. Counterparty can send his reply using the same feature. This facility is available for all registered persons except those registered under TDS, TCS and Non-resident Tax payers (NRTP).